Based on any number of metrics, we are living in unprecedented times.  Within the last year, the US stock markets witnessed new all-time highs, followed by a 35% sell off, followed by the fastest return ever to new all-time highs. Talk about a rollercoaster! In April 2020, we also saw more than 23 million workers out of work, yet the government responded quickly with stimulus packages.

Case in point: nearly 22% of all US dollars in circulation were created in 2020; US Government debt increased by almost $5 trillion dollars, with more being discussed for 2021.  Furthermore, many retail investors are utilizing high levels of debt to fund stock purchases via margin; this level of margin debt relative to GDP indicates this is the most speculative market ever.  These are economic conditions never experienced before.

What are analysts expecting regarding inflation, given this extreme level of “money printing”?  How will interest rates respond?  And what effects will there be in the M&A market regarding company valuations?

In 2008, the government responded to the housing crisis with TARP and other Federal programs, with spending levels not seen before.  There was a chorus of analysts warning that inflation was about to spike; yet in the following years, the equity markets quintupled in value and unemployment ran at extreme lows without any inflation, according to US Consumer Price Index (CPI) numbers.  The amount spent to bail out AIG, Fanny and Freddy, and others in 2008 now pales in comparison to the 2020 spending programs our country earmarked for COVID19 relief.  It might be different this time, or will it?

Concern is growing as some analysts describe what they view as, “extreme Fed money creation”.  Bond manager Jeff Gundlach has told his investors to beware of higher interest rates and inflation.  Others fund managers and analysts, such as Grant Williams, Jim Rogers, Steen Jakobsen and Jim Bianco, have also expressed grave concern about the amount of dollars being printed.  Noted researcher and author of The Felder Report, Jesse Felder, foresees high inflation as the biggest existential threat to markets and the economy going forward.  Russell Napier, who had forecasted deflation for many years, has finally switched his forecasts to anticipating inflation.

On the other hand, other analysts and economists, such as Lacy Hunt, continue to expect deflation in the foreseeable future.  Lacy held the view, as recently as late last year, that until the Fed begins direct monetization of debt, inflation won’t become a problem.  He sees other stronger deflationary factors still at work.  Housing prices, for example, are at new highs, but the CPI uses “rent” in its formula and rent costs are falling.  Analysts in this camp also note that the dollar is falling and the Fed has been trying unsuccessfully to spark just a 2% level of inflation.

Some analysts believe that the effects of “money printing” has been contained within just financial asset prices, and unless the new trillions spill into the retail sector, general inflation won’t spike.  Investor sentiment also doesn’t see much risk of higher inflation according to TIPS rates being purchased – the 10-year breakeven rate is still just 1.7%.

There is also the perspective of deflation followed by inflation. Hedge fund manager Stan Druckenmiller, recently noted  on CNBC that he believes the markets are in a “raging mania” and rising inflation is a big threat.  He feels Fed Chair Powell, “has created this massive asset bubble, so ironically he’s raised two tails”.  Deflation is a risk, but Druckenmiller expects 5%-10% inflation in 4 to 5 years.

There isn’t consensus on an interest rate direction either

Around $18 trillion of nominal negative-yielding bonds have been purchased globally.  Most of this is government debt issued in Europe and Japan.  Countries can’t afford to have interest rates rise, or their debt-service payments will quickly outpace their tax revenues, even with the large portion of negative-rate bonds.  With the Fed and other central banks highly motivated to keep borrowing rates low, most analysts believe that interest rates will indeed stay depressed.

This artificial rate control (“Financial Repression”) was successfully executed in the US after WWII, but not at today’s levels.  Investors are forced to chase returns by going farther out on the risk curve.  High-risk junk bonds currently paying about 4%, now yield less than Treasuries paid 10 years ago.  Yield Curve Control by central banks destroys price discovery in markets, not just for bonds, but for all risk assets.  The repression of yields and rates means cheaper debt.  Lower debt costs translate directly into price inflation.  The yield on government paper is no longer an appropriate determinate for company valuations in equity markets.

Obviously, data and divergent analysis exists behind the relationship between inflation, interest rates and valuations.  Experts and professional money managers certainly vary in their opinions on what is expected given their differing models.  While market and economic conditions can point towards anticipated outcomes, the potential snowflake that may start an avalanche, or the event that may spark a melt-up, often remains unknown until well after it is triggered.

In Q4 of 2018 for example, when the Fed tapered and rates climbed to barely 2.5%, the S&P500 and the DOW dropped around 9% in just December alone.  In 2021, $15 trillion of US debt needs to be refinanced.  This is 3 times the levels from just a few decades back.   Incrementally, smaller basis-point increases may very well translate into amplified economic effects.  Treasury rates have been creeping higher recently, driving some analysts to speculate that the Fed may be running out of effective tools in controlling rates.  David Rosenberg thinks a 100 basis-point rise from current levels would cause damage in the US equity markets.  Yet Cleveland Fed President Loretta Mester said she currently doesn’t see any excessive risks underlying the financial system.

Things don’t matter until enough investors decide they do.  When that shift in sentiment occurs, market conditions change rapidly.

What does this mean for Valuations?

Trillions of new dollars sloshing around in markets can affect everything from home prices to equities, to your company’s value.  The recent furor between Robinhood investors and Wall Street Hedge funds regarding GameStop reflects this.  The value of a distressed company, in an out-of-favor sector, was much more about the size and flow of funds than about fundamentals, such as revenues and earnings.

Your company’s stock and valuation likely won’t be impacted like GameStop’s, but neither is it immune from what the Fed has created and how the markets are reacting.  The markets are expecting a rosy Q3 to Q4 for 2021.  Many analysts expect COVID vaccines to unleash consumer pent-up demand, with companies then experiencing large increases in earnings.  Company valuations are priced at extremes in anticipation of this “grand reopening”.  Yet the sectors crushed by lockdowns only account for 4% of GDP.  From where will the big reflation numbers arise?  And if earnings expectations are missed, will the market then dramatically re-price historically high Price-to-Earnings valuations?

Valuations for public or privately-held companies during M&A processes have always benefited from guidance of experienced professionals, and their knowledge of industry sectors and markets.  This is even more significant today, as historic valuation metrics from years past may not be indicative of current market prices.  Fundamental analysis is still important, but many other factors need to also be considered in assessing the valuation of  a company.  Expert counsel regarding your company’s valuation and marketability with respect to a M&A transaction is even more important in today’s volatile and unprecedented conditions. 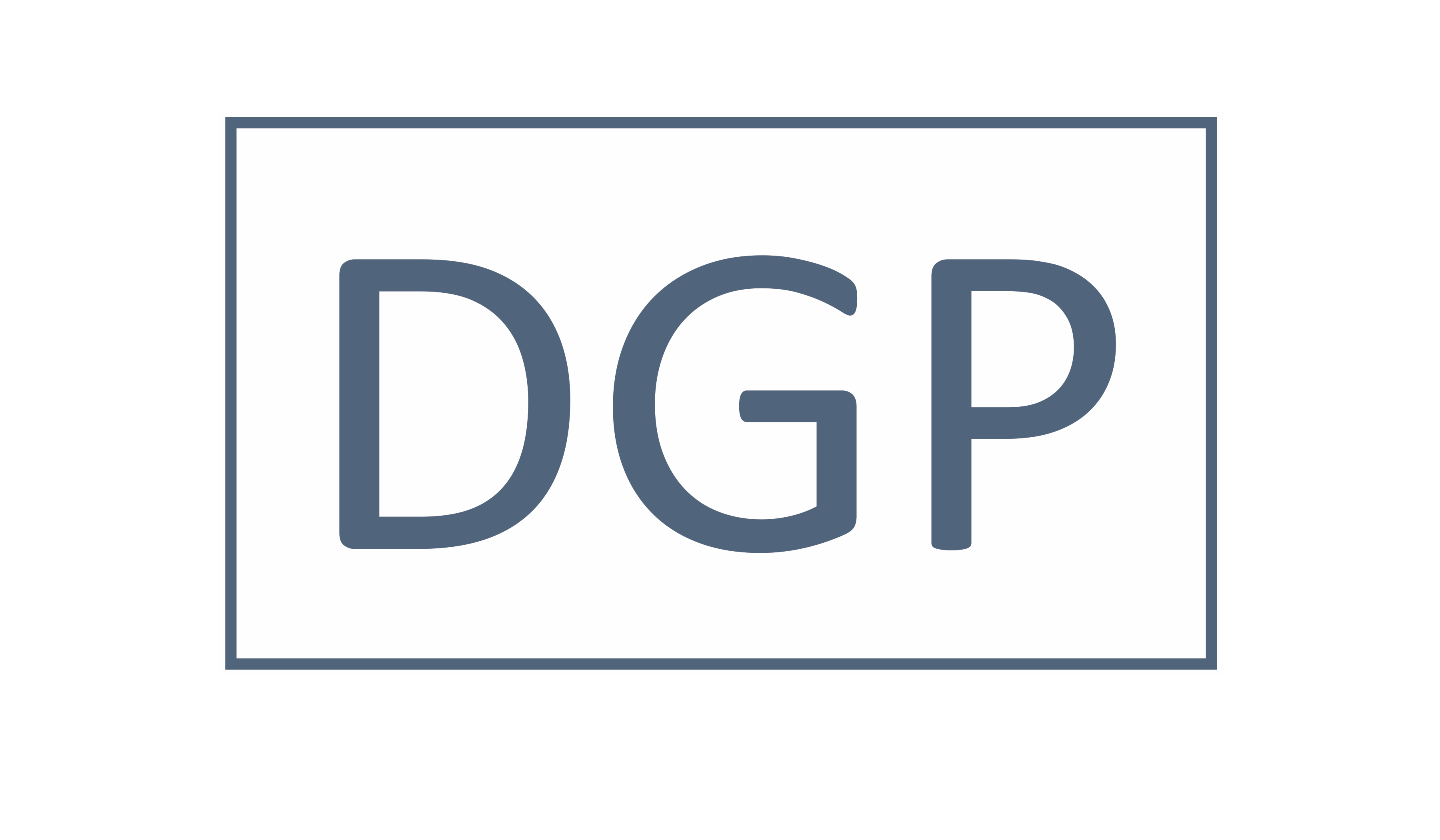